Forget everything you already know about plant-based nutrition. LeGrand takes you into a world of mouthwatering flavors. Top quality plant-based products, so good that even non-vegans love it!

Highlighting the ingredients, enhancing their flavors and marrying them in a harmonious choreography is part of our daily routine. At LeGrand, we work with each ingredient to ensure that we offer you delicious and certified organic products.

The majority of LeGrand products are made in Quebec, come from trusted suppliers and are certified organic and non-GMO. 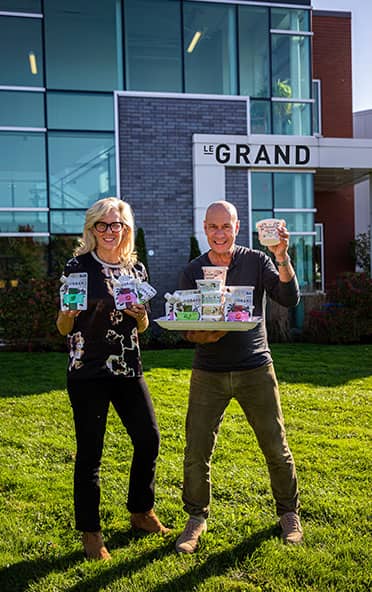 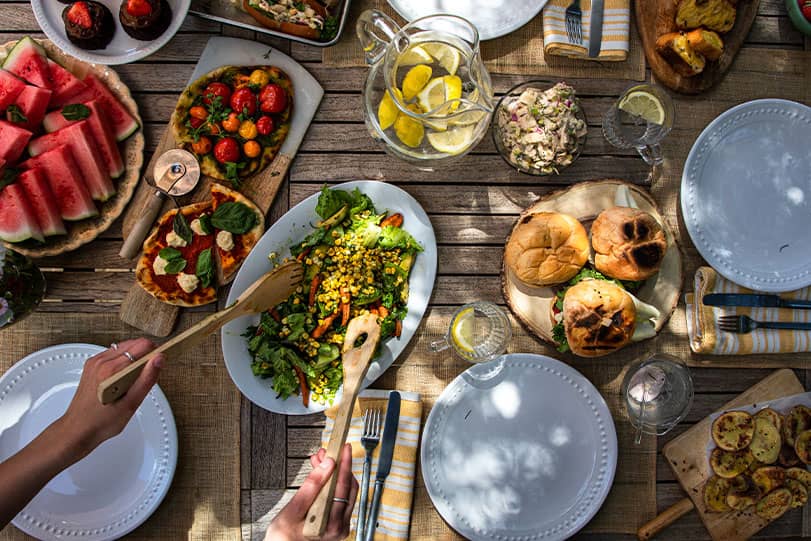 Transform the act of eating into a plant-based celebration – everyday

To transition the world to eat plant-based food.

For health.
For energy.
For humanity.
For the planet.

Zero compromise on quality & taste. Food is community and celebration. We entice people of all diets to fall in love with plants.

LeGrand was born in 1997 from the meeting of two visionaries united by their love of plants; Bernard Le Grand and Tatiana Bossy. After 25 years of passion and hard work, LeGrand has developed unique expertise in plant-based gastronomy. LeGrand is a pioneer of tasty plant-based products, made from whole, high-quality ingredients that are revealed in their most natural, unflavored form.

Bernard LeGrand is a musician who became an entrepreneur. His passion for cooking began at a very young age, with his mother who worked with ingredients with amazing creativity, especially vegetarian dishes. As an adult, Bernard frequented restaurants as a musician and then decided to create his own small vegetarian sandwich business, which he delivered by bicycle. One day, he met Tatiana and it was love at first sight. Three children later, the couple gave birth to the LeGrand company. Bernard became an artist once again, putting all his know-how, love and imagination at the service of a range of healthy and tasty plant-based products.

Tatiana is a history and literature buff who studied these subjects at Concordia University. Having always had a passion for cooking, she tested the waters at the ITHQ before focusing on her family for ten years. With strong management skills and an unparalleled leader, it was she who took the reins of the administration of LeGrand, working hand in hand with Bernard to create an original company that reflects their convictions in terms of healthy eating. Over time, Tatiana thus discovered a passion for business as well as a love to follow through on her ideas.

We're not around right now. But you can send us an email and we'll get back to you, asap.